Every other year, my husband David and I make the pilgrimage back to Ireland to see his wonderful family for Christmas. Usually, the trips are filled with lots of bonding time, eating, and long chats, but we always make it our mission to venture out on our own a couple of times throughout the trip and experience something new. Even though Ireland feels more like home now than a travel destination, there’s still so much I haven’t seen.

This trip, we set our sights on Malin Head in Donegal, Ireland, which is the most northern point of Ireland. We’d read several articles that on certain nights you could see the coveted northern lights from Malin Head and we were determined to try and see it for ourselves. Apparently, it’s a rather new and irregular occurrence in Ireland, but even the off chance of seeing the lights was enough to inspire us.

We downloaded an app called Aurora that predicted when the northern lights would make an appearance and it was predicting sundown on new year’s day would be our best bet. So, we packed up our stuff and made the four-hour drive that evening.

The drive to Malin Head mostly consisted of small, windy, two-way roads that barely felt like a one-way road. But, David zoomed right through them like an absolute pro (perhaps it’s a born-with-it Irish skill). Even though it was completely dark on our drive, I could tell we’d wake up to some unbelievable views.

We arrived at The Seaview Tavern at around 10:30 PM. When we get there, the tavern was in full-swing filled with partying locals, but up in our cozy room we couldn’t hear a peep. 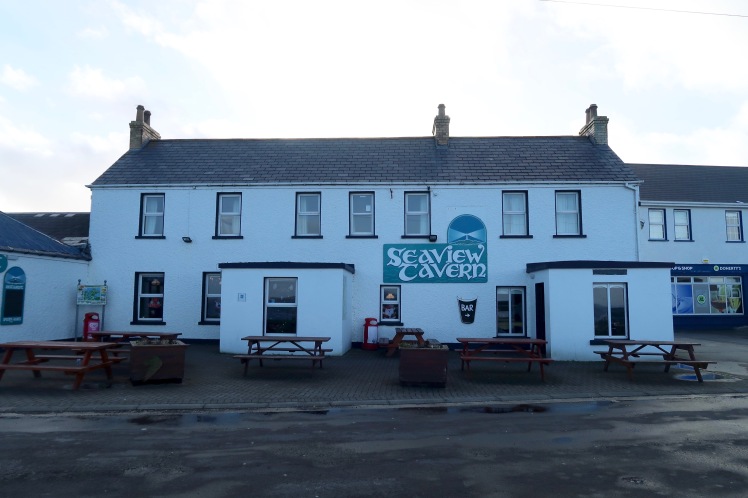 We dropped off our stuff, sorted through our gear, and drove five minutes to Malin Head signal station, which faces the water and gives a full view of the open sky. We sat in the car wrapped in a duvet and patiently waited. There was no sign of a green sky, but we remained hopeful. Over the course of the next hour, both of us slowly nodded off. When we woke up, we squinted our tired eyes towards the sky and it still looked as black as any other night. Slightly defeated, we drove back to the B&B and fell fast asleep. 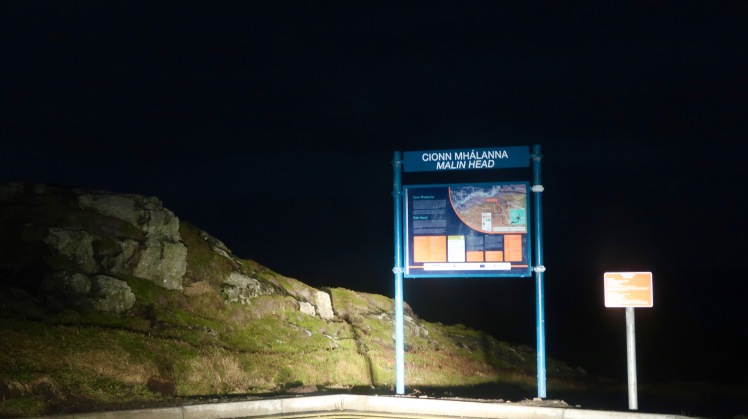 When we woke up to a seaside view and a tasty, complimentary Irish breakfast, our spirits felt a lot lighter. I was delighted to see that the B&B carried a vegetarian version of an Irish fry up!

We returned to the same signal station we’d parked at during our northern lights fail that afternoon. We wanted to see it in all of its full sunlit glory. It was beautiful. The view looked like the idyllic Irish fairytale any traveler would dream of. Soft, green rolling hills, grazing fluffy sheep, and blue crashing waves. Absolutely stunning.

If you’re planning a trip to Ireland, you HAVE to make your way to Donegal! The small town charm and friendly locals will draw you in, but you’ll want to permanently move here once you get a good look at the view. I know I did.