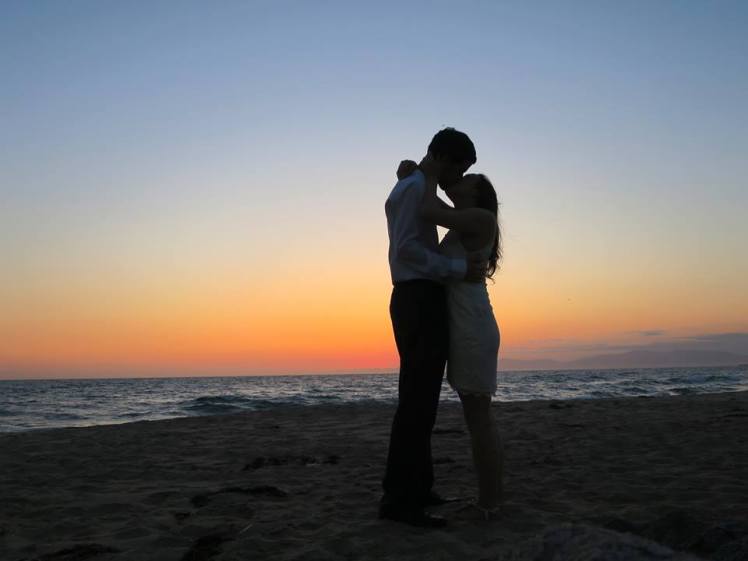 I originally had my heart set on studying in London, but my friend Leslie convinced me to join her in Dublin. And, once I signed up, I couldn’t wait for January to roll around!

My friends and I hit the ground running from the moment we landed in Dublin. We wanted to see and do absolutely everything! 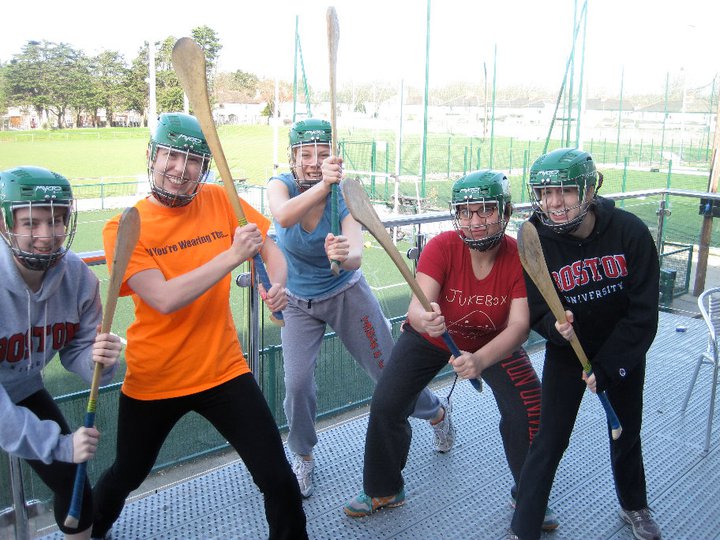 On February 8th, 2011, Dublin City University was throwing a “Toxic Tuesday” party at their little pub “NuBar” and my whole study abroad crew decided to go. We were only there for a few minutes when my friends started talking to a group of Irish guys from DCU.

That’s when I saw him. He was tall with dark hair and he had the most gorgeous eyes I’d ever seen. He towered over the crowd but had a gentle and enchanting smile. I immediately b-lined over to him and made some quippy remark about his shirt, which had a funny saying printed on it. His name was David and we talked for ages and laughed about our cultural differences and dissimilar sayings.

Eventually, he asked me out on a date and, from then on, we became completely inseparable. He took me to beautiful places all around Ireland and almost immediately introduced me to his family. After a few weeks, we knew things were getting serious and we started to worry about the future. David had always talked about emigrating, but, one day, he said, “Why don’t I move to Boston?” 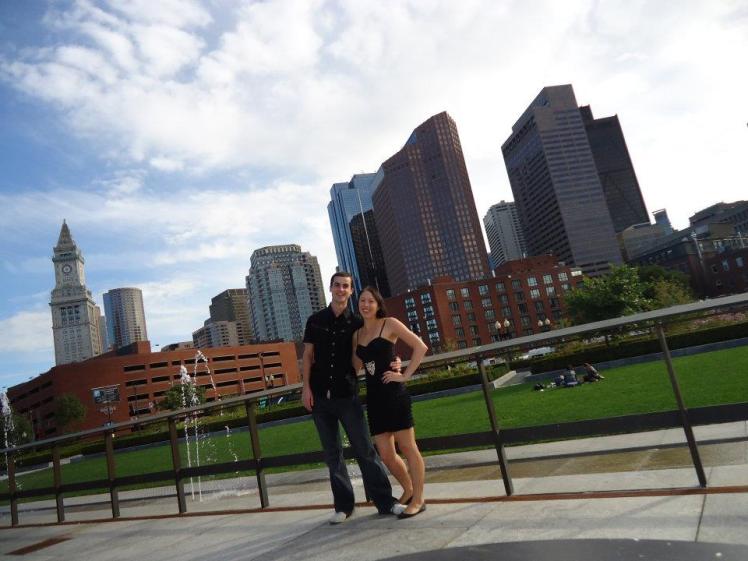 So he did. He lived with me in Boston for my senior year at BU and we had an incredible time. David absolutely loved Boston. Everything was perfect. But, then, his visa was about to expire.

We were panicking. We had no idea what to do and where to go. After a lot of deliberation, we set our sights on Toronto, Canada.

We moved there with 2 suitcases each, no connections, and no visas yet. And, shockingly, with an immense amount of hard work, we created a life there. We eventually got work permits, got jobs, made incredible friends, and started to feel at home there. 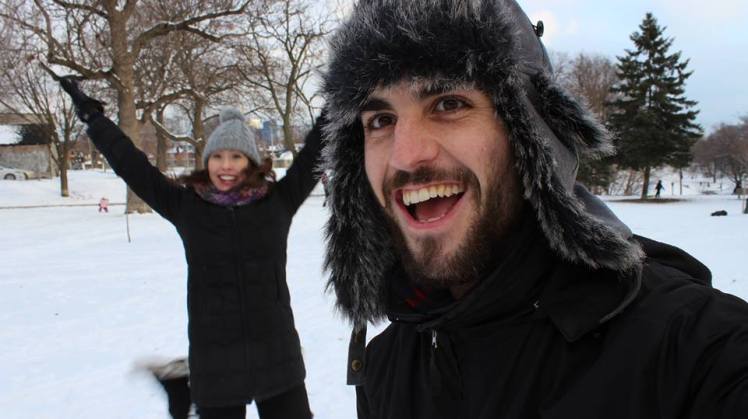 The day before our 4-year anniversary. David and I were filming a video for my YouTube channel when he suddenly whipped out a beautiful, gold, rose-shaped ring and proposed to me.  I was completely shocked and over the moon! There were lots of things I wasn’t sure about as a 20-something, but my relationship with David was one thing I knew would always be strong.

That’s what brings us up to this year, which was truly the craziest and most exciting year of my life. We traveled, moved from Toronto to Los Angeles, and I married the love of my life.

We got married at the Hyatt Regency Cambridge on July 16th, 2016. Our wedding day couldn’t have been more perfect. The day was filled with love, positive energy, and LOTS of sunflowers. BU’s own Dean Elmore was our wonderful officiant and David’s incredible vows brought everyone to tears. David’s whole family flew in from Ireland, as did my family, our friends from Toronto, and my BU buddies. There was an enormous amount of love in the room that day.

Now, David and I are happily living in LA and we look forward to the many adventures life will throw at us in the future!